The popularity of IP networks has resulted in the simplest of industrial and building devices, such as level sensors and thermostats, having only a Wi-Fi communications port instead of a wired Ethernet port. Wi-Fi offers convenience by eliminating the need for installing cabling but there are potential issues integrating wired and wireless devices into a IP system. This lesson provides an overview of the various Wi-Fi options and the equipment needed when mixing media in an Ethernet network.

A benefit of being on an IP (Internet protocol) network is the ability to take advantage of the many advancements made to enhance IP networks. Of those, wireless communications with Wi-Fi is one of the best known. The term "Wi-Fi" refers to a technology that extends an Ethernet network wirelessly and not the Wi-Fi Alliance that promotes the technology, certifies products, and grants the use of its Wi-Fi trademark. The technology is described in a group of standards under IEEE 802.11 just as IEEE 802.3 describes Ethernet with many other related standards. At its introduction, IEEE 802.11 was called wireless Ethernet because of its similarity to the wired standard.

Wireless networks offer the advantage of not needing to install cables and terminate connections. They are an excellent solution for data collection from remote locations, such as refinery tank farms, where long cable runs are impractical. They are also useful in buildings where pulling wires and drilling holes may be difficult without damaging the owner's premises, especially in landmark buildings. Wi-Fi also allows the temporarily connection of a laptop-based service tool to the network for troubleshooting and commissioning. This non-invasive connection provides convenience.

One example of an open protocol for automation is BACnet/IP, a building automation and control protocol implemented with wired Ethernet. The opportunity to mix wired and wireless networks on the same IP backbone with little concern is attractive to many building owners and managers. We will utilize this protocol for the lesson.

Wi-Fi devices are called stations and a collection of stations in a service area is called a Basic Service Set (BSS) as shown in Figure 1. 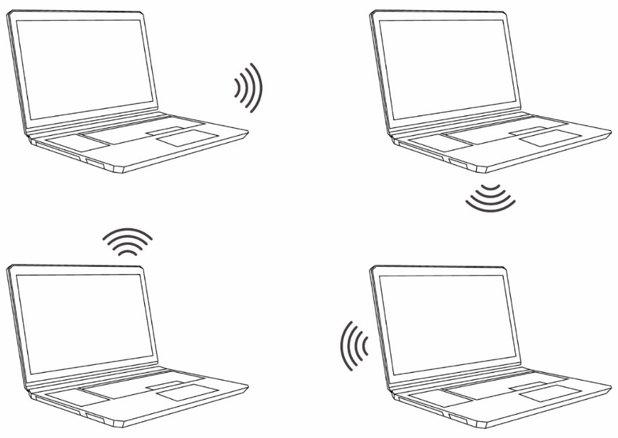 
If these devices are within range of each other, they can communicate with one another in an ad hoc manner. There is little interest in this arrangement beyond initial commissioning because if all the devices are BACnet servers, for example, there will be little communication except for a possible Who-Is/I-Am message to identify other devices. What is required is gaining access to the BACnet/IP Ethernet backbone. An Infrastructure BSS incorporates one or more devices called Access Points (AP) as shown in Figure 2. 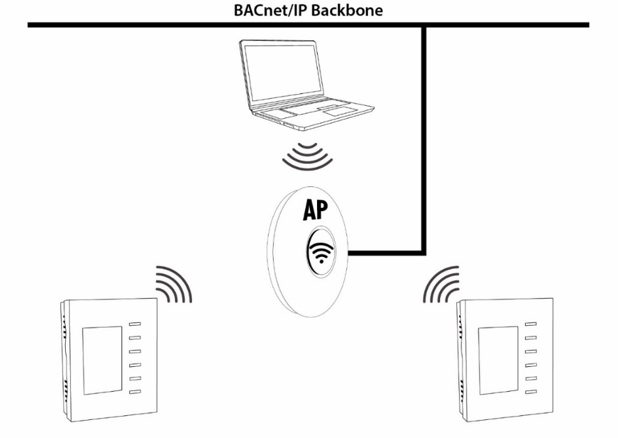 Figure 2 — A basic service set requires an access point to attach to a wired network.


The AP provides the connection between the wireless network and the wired network. Figure 2 shows a group of Wi-Fi thermostats that are within communication distance of other thermostats and an AP. Each thermostat is a BACnet/IP server while a BACnet/IP client or clients reside on the wired Ethernet side. Not all Wi-Fi devices are the same so we will first examine the technology.

Wi-Fi is defined by the IEEE 802.11 Wireless LAN Medium Access Control (MAC) and Physical Layer (PHY) standard. There are over 3,500 pages in this complex standard. It has similarities to IEEE 802.3, the IEEE Standard for Ethernet with 5,600 pages. Wi-Fi stations utilize the same 48-bit MAC addressing scheme as Ethernet. Like all 802 standards, they mostly address the two lower layers of the Open Systems Interconnection (OSI) model — physical and data link — and therefore are not related at all to the BACnet network or application layers.

Early Ethernet was called shared Ethernet with all stations occupying one collision domain. That restriction was eliminated when switched Ethernet was introduced thereby allowing for full-duplex communication. With wireless, there is a single collision domain and half-duplex communication is the norm. While Ethernet is based on carrier sense, multiple access with collision detection (CSMA/CD), Wi-Fi is based on carrier sense, multiple access with collision avoidance (CSMA/CA). With the restricted nature of a wired medium, performance is predictable. With unrestricted wireless, noise and multipath interference is expected. Unlike Ethernet, it is not easy for a Wi-Fi sender to detect a collision, so Wi-Fi requires every frame that is sent to be acknowledged by the receiver.

The initial version of 802.11 was released in 1997 operating in the unlicensed 2.4-2.5 GHz industrial, scientific, and medical (ISM) band along with microwave ovens, cordless phones and now Bluetooth. When modulation is involved in this band, it must be spread spectrum and Wi-Fi offered two approaches – Frequency Hopping Spread Spectrum (FHSS) and Direct Sequence Spread Spectrum (DSSS) – with resulting speeds of either 1 or 2 Mbps. This compared unfavorably to the speed of wired Ethernet at 10 Mbps. With all Wi-Fi encoding schemes that push the limit on how much information can be packed into a single channel, signal-to-noise ratios determine the resulting data rate. High ratios grant more speed. The original DSSS method was improved with a different encoding scheme that increased the speed to either 5.5 or 11 Mbps. This enhancement was identified as 802.11b and would interoperate with the earlier DSSS stations at the two lower speeds but not with FHSS which was dropped in this revision.

A much different approach occurred with revision 802.11a which was released after 802.11b. Not only was a new encoding method developed called Orthogonal Frequency Division Multiplexing (OFDM), the new PHY operated in the less crowded unlicensed 5 GHz band. Although interference is less in the higher band, distance is much less. An 802.11a device cannot communicate with an 802.11b device because of the differing frequencies. However, OFDM proved to be a superior encoding technology allowing speeds of 6, 9, 12, 18, 24, 36, 48, and 54 Mbps. Of those speeds, only 6, 12 and 24 are mandatory to be 802.11a compliant.


IEEE 802.11 continues to evolve with other revisions such as dual-frequency 802.11n with support for multiple antennas, and 802.11ac with further PHY refinements in the 5 GHz band.

Laptops, sensors, access points or any other device communicating over a wireless LAN (WLAN) are called stations but only access points have a station identifier called an SSID. Some stations are mobile such as laptops because they can move between two access point areas and still communicate to the infrastructure. Sensors and access points are termed portable because they are wireless but once their intended location is determined, they remain fixed. All devices within the access point domain must operate at the same Wi-Fi frequency.

Access points are basically microcontrollers running TCP/IP with one wired Ethernet port and one Wi-Fi port. However, they can be quite sophisticated supporting both 2.4 and 5 GHz bands, providing DHCP server functionality, or passing on DHCP client requests to the Ethernet side. They could also support enhanced security protocols or have the power to handle heavy traffic. The industry has defined the market of access points as thin or fat. A fat access point is self-contained with all features built-in and probably incorporating webpage configuration. The thin version can still operate standalone but receives supervision from a Wi-Fi network controller located somewhere on the network, or from Wi-Fi controller software that can run on a PC. The thin approach could be handy on large networks where remote commissioning is attractive, but they can lock the user into one vendor with proprietary software.

The throughput of an access point can be an issue. All traffic to and from the backbone and the BSS goes through the access point. Access point manufactures do not always advertise the number of wireless devices that can be served from one access point but experience usually says 20 to 30 devices.

A common practice is to power access points through Power over Ethernet (PoE) which is also defined in IEEE 802.3 with 802.3af providing 15.4W of power and 802.3at providing 25.5W, both at a nominal 48 VDC. Verify the access point powering requirements. Some vendors of access points will indicate a PoE requirement of 24 VDC which is not in the standard. In this case, they provide a proprietary mains-powered power supply. PoE allows the powered device (PD), which in our example is the access point, to be located 100 m from the power sourcing equipment (PSE), which is usually an Ethernet switch that supports PoE or a mid-span PSE used when no PoE compliant Ethernet switch is available. The 100 m of Ethernet cabling could be helpful when positioning the access point in areas close to the needed Wi-Fi coverage but far from sources of power (such as the refinery application discussed earlier).

Commissioning a BACnet Wi-Fi Device to an Access Point

The benefits of wireless communications cannot be ignored. There is no need for long cable runs or to pull wires and put holes into walls. There is also the convenience of making a connection to a system without disturbing the wiring. An IP backbone will almost invariably be wired Ethernet. The wired standard IEEE 802.3 (Ethernet) and the wireless standard 802.11 (Wi-Fi) operate well together. To interface the two standards together requires an access point, but once installed, stations seamlessly communicate to the IP backbone.